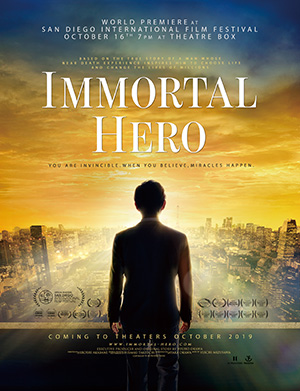 ‘The most extraordinary super powers come from the heart.’

Immortal Hero, a film based on the epiphany that has inspired Ryuho Okawa to lead Happy Science, Japan’s budding spiritual movement of 12 million plus followers, will open in the United States and Canada on October 18, 2019.

Please watch the trailer at the bottom of this post.

Based on the true story of the near-death-experience that compelled Ryuho Okawa to devote his life to spreading the Truth he received from the spiritual realms and masters, Immortal Hero tells the dramatic, inspiring story of Makoto Mioya, a highly successful Japanese writer and publisher who miraculously heals himself from a fatal heart condition after a near-death visitation from powerful spiritual beings. As part of the recovery process, Makoto writes about his powerful ‘rebirth’ as an enlightened and transformed teacher. Although he faces challenges at home and abroad, Makoto promises to use the second chance at life he has been blessed with to make a positive difference for as many people as possible. He commits to ‘die for the truth’, a powerful covenant that defines the purity and intensity of his message of love, our mutual responsibility for one another, and world peace.

Immortal Hero is the 17th film by Happy Science Productions, the award-winning media arm of the burgeoning Happy Science movement founded by Ryuho Okawa in 1986. The inspirational film reveals the depth and gravity of Master Okawa’s miraculous near-death experience in 2004 and its significance for the world.

Immortal Hero is directed by Japanese filmmaker Hiroshi Akabane, and the screenplay is written by Sayaka Okawa.

Mission: To bring happiness to all humanity by integrating religions across the globe with a new world religion that will transcend religious and ethnic conflicts and cultivate happiness, success, health and wealth for all people, businesses, and regions

Love- Love without asking for anything in return. Love that gives is the foundation of happiness

History: After graduating from the University of Tokyo, Happy Science founder Ryuho Okawa joined a Tokyo-based trading firm. In 1981, while working for the firm’s New York City headquarters and studying finance at the Graduate Center of the City University of New York, Okawa achieved Great Enlightenment and awakened to his true mission in life, which is to bring true happiness to all of humanity. In 1986, he renounced his promising business career and established Happy Science (Kofuku-no-Kagaku in Japanese), which was registered in Japan as a religious organization in 1991.

Reach: Happy Science has over 12M members across more than 100 countries and more than 10,000 Shojas, temples, and branches. Over 2,500 books by Master Okawa, many of which have consistently ranked in the annual bestsellers list in Japan, have been published in 28 languages. Sixteen award-winning, feature-length films have helped carry his message to the world by fusing Buddha’s Truth with entertainment. 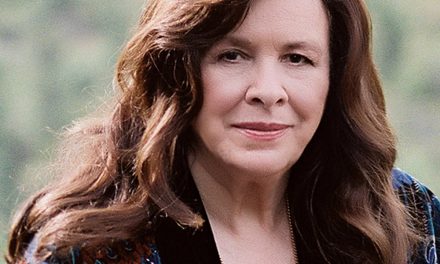 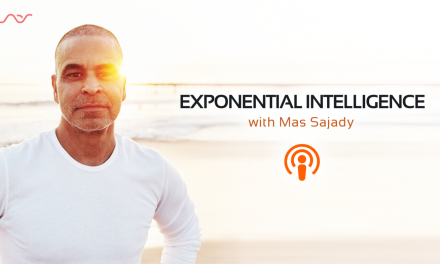 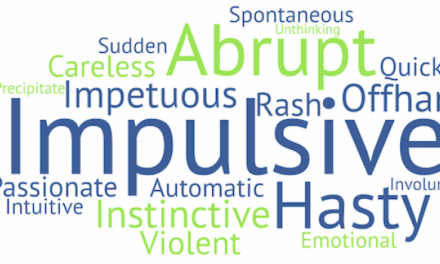 Are you struggling with impulsivity?