1) To save money, they are¬–right now–burying 73 canisters of hot waste in thin-wall (5/8-inch) stainless steel canisters similar to a container in South Africa that leaked after 17 years;
2) Each canister contains about as much radiation as was released in the Chernobyl disaster;
3) Canisters are being buried 108 feet from shore, behind a corroded sea wall—one of the most dangerous locations possible;
4) Canisters cannot be inspected or repaired;
5) The cans cannot be transported. Nuclear Regulatory Commission (NRC) regulations prohibit transporting cracking cans and Edison can’t know whether cracks have occurred;
6) 51 additional canisters already stored on site, some nearly 15 years old, could already be cracking;
7) Edison knows canisters can crack but has no approved plan to stop leaks. Yet they plan to destroy the cooling pools, without which the canisters cannot be replaced!
8) There’s no early warning system to prevent leaks; no evacuation plan.
9) San Onofre has the worst safety complaint record in this country.

Many San Diegans are blissfully but dangerously unaware of all this.

Misleading the Public
Our ignorance stems partly from Edison’s assurances that their plan is safe.

They are masters at twisting communication. For example: on February 6, Edison Community Engagement Panel Chairman David Victor told CBS News that Edison will monitor the canisters for corrosion and radioactive release “to make sure you understand the health of the canisters.” How? Edison doesn’t and can’t inspect canisters for cracks.

Victor also stated that he sees no tsunami or earthquake danger. Yet:
1) Tides wiped out the south end of the beach parking lot in 2016;
2) Edison admits cracking canisters have no earthquake rating!
3) San Onofre was designed for a 7.0 earthquake but the USGS calculator shows 8.0+ earthquake probability—10x larger, 32x stronger and long overdue.
4) Geologist Robert Pope said faults and liquefaction from a 1940s earthquake, discovered when the site was graded, indicate unsound underlying bedrock.

The New Settlement Agreement—a Victory?
On February 11, Sandra Maas of KUSI TV reported “a major victory,” a settlement agreement with Edison that will save ratepayers about $73 million.
A victory? Agreed, consumers shouldn’t bear the brunt of Edison’s folly. Beyond that, according to systems analyst and seasoned researcher Donna Gilmore, the settlement will not save California.

In Maas’s interview, attorneys Mike Aguirre and Mia Severson made a number of good points. Watch the video at the bottom.

Nuclear waste can safely be transferred into thick-wall casks (walls 20-40-inches thick) and transported elsewhere. That’s what the Navy does and other countries do. But Aguirre and Severson maintained that even thin-wall canisters can be safely transported.

Where did Aguirre and Severson recommend we move the waste? The storage station at Palo Verde, Arizona, where they said we’ve stored waste in the past—implying that site’s amenability to such a solution. Yet, as Rob Nikolewski pointed out in the SD Union Tribune last September, “the utility that operates Palo Verde […] said it is not interested in accepting any spent fuel from SONGS.” (SONGS stands for San Onofre Nuclear Generating Station.)

Proposed Federal Legislation—Not the Answer
A recent bill proposed by four Senators and a similar House bill would mandate no exemptions from emergency planning until all waste is in dry storage. Systems expert Donna Gilmore says these bills make it sound like once the waste is in dry storage, no emergency plan will be needed. The proponents of these bills don’t seem to realize that thin cans will crack and leak.

Gilmore said, “The worst thing is that passage of such a law will encourage other nuclear plants to expedite taking their waste out of the cooling pools and putting it into thin-wall canisters. That will only make the problem worse.”

Act NOW—
The Consequences of Our Inaction
Some of San Onofre’s older canisters are nearly fifteen years old. Left as they are, a nuclear disaster is a definite possibility. There’s a lot of money at risk and the only remedy is for us, the public, to take action. If you’ve never written to a senator or representative or called a city councilperson, your very survival demands that you change that.
If we do nothing, this could impact us in ways you wouldn’t imagine. Your home may become uninhabitable; your food and the ground you walk on may become radioactive. There won’t be any safety net; the fire department and the police can’t help and FEMA won’t be there. Thousands—perhaps you and some of your loved ones—may be afflicted with horrible diseases.
It’s tempting to slip into denial when faced with a danger of dimensions we cannot comprehend. Don’t get sucked in by TV programs that attempt to put a positive spin on the situation; the promised safety is illusory. Record the programs and watch them again to catch the double-speak you missed.
You and I are the ones who can force our governments—local, state, and federal—to protect us, our families and friends, our pets, our land and our oceans.

What YOU Can Do Now
Begin today and contact governmental representatives at all levels. Call or email your mayor and City Council members to get them to put drafting a resolution on their next meeting’s agenda (see example online at goo.gl/EEUqBx and other handouts at goo.gl/YokgRL ).
Contact your county supervisor, state Senators, federal Senators and Congresspersons. Write letters to the editor and send them to your favorite publications. Talk this issue up online through social media. (See sample wording and contact info at end of the article online at lifeconnectionmagzine.com)
And most importantly, educate yourself. Attend meetings in your area. Read the information at SanOnofreSafety.org and the first 15 pages of info at PublicWatchdogs.org.

What to Demand, In This Order:
1. First, move the fuel into thick-wall casks
2. Then, find a safer storage place and move them there.

Let’s do this thing! Please click here to download a document containing sample letters and phone scripts to assist you with helping out, if you so wish. 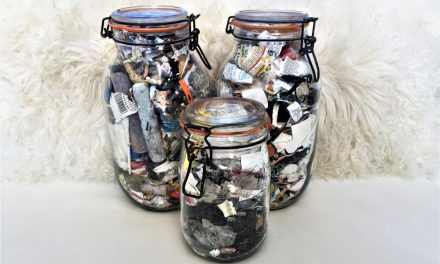 What are some quick and easy ways to make my home more comfortable and climate friendly? 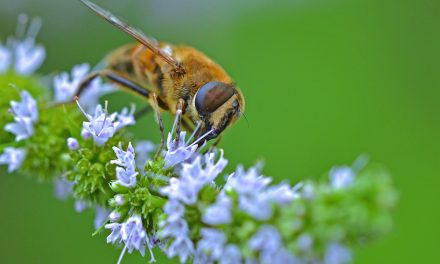 What is a “pollinator lawn” and how can I make one in my backyard?