There was an article at wired.com that left me wanting more perspective. It was titled “If Germany Can’t Quit Coal, Can Anyone Else?”
One the one hand it was sort of an acknowledgement in that it showed how hard Germany had tried to give up fossil fuels without going nuclear. Power plants have closed because they are no longer needed. Now, however, Germany has had a hard time staying on the fast track towards giving up coal to reach its self-imposed goal of cutting 1990 greenhouse gas emissions by 40% by 2020.

The progress they have made has made them a world leader in closing power plants and converting to wind, wave and solar. Mercedes Benz is even giving up making diesel vehicles altogether.
Part of the criticism in the article wouldn’t be relevant if they had not changed so much, so quickly and yes, their pace is slowing down and they are relooking at where to adjust next.
If, however, someone declared that if filling Montana with solar power plants can’t work, how can it work for Florida? Beside the fact thart the “can anyone?” reference above, seems a little premature, climate has everything to do with your energy needs doesn’t it?

What seems to be missing is the perspective that if Germany was on this side of the world is would end up just north of Montana.

With only one border open to water Germany now has wave power installations. With cold winters it still very successfully uses solar, and as mentioned, wind.
Florida, by the way, in a statewide election in November 2016 voted to allow rooftop solar systems similar to what we have in California.

Ultimately, given Germany’s location in the world, we really ought to be thinking if they can accomplish what they have there, imagine what we might be able to do. 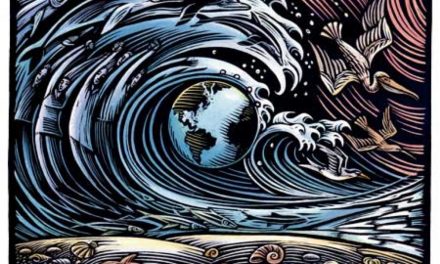