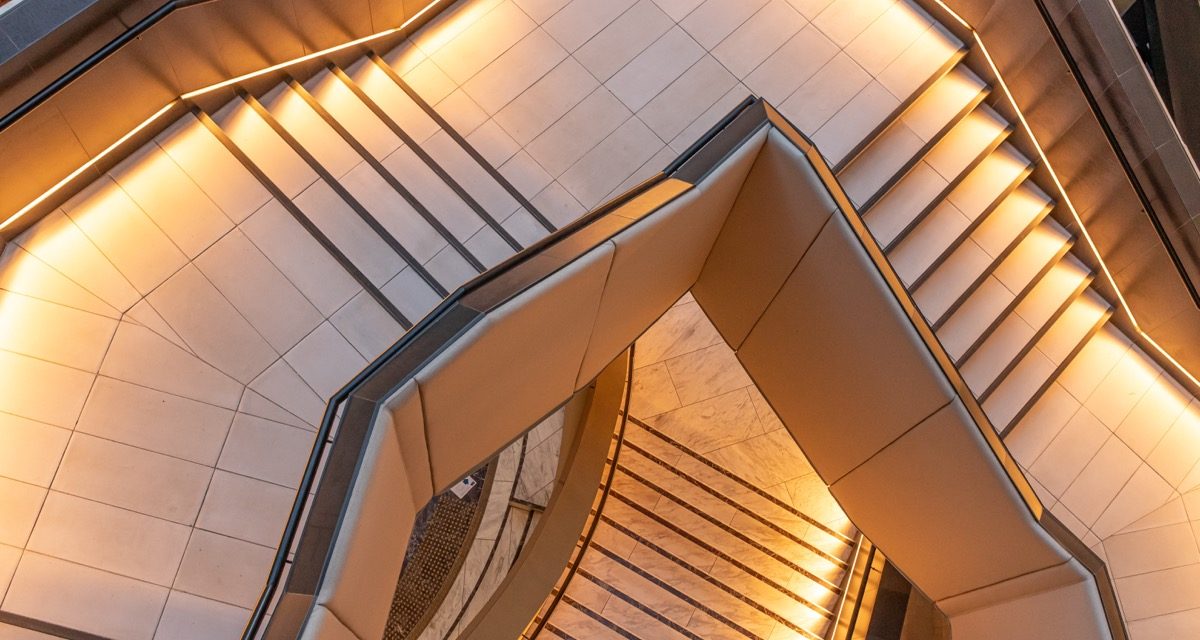 By Steve Hays, publisher of TLC

It’s time for me to shift my focus and at least temporarily suspend publishing the print edition of The Life Connection—and instead focus on expanding our online presence—and more.

If you haven’t been there recently we’ve expanded online a lot over the last year. Take a look at LifeConnectionMagazine.com. More on that at the end of this.

The main reason for the change is it’s getting harder and harder to deliver the magazine. The virus has closed some of our best delivery locations. We delivered 400 copies, for instance, to the main downtown San Diego library and now we can’t. A lot of small offices have either closed or decided to clear their waiting rooms of publications. Fewer places are accepting delivery of publications.

Whole Foods/Amazon in Hillcrest removed their racks for publications this past month. We delivered over 200 copies there each month.

It’s tough to make up that difference—and takes forever. If we deliver 200 copies to one location and have to replace it with a waiting room that might take 20 copies, and delivery time just went from 5-10 minutes to about 50 minutes to a couple of hours—not including the time to find an additional ten delivery locations.

Right now that’s not too impossible because there are a lot of empty City Beat racks and other racks with space we can use all over the county. In some cases that means more people are seeing the magazines. Some are in perfect spots for us, some not, but I’ve sure we also miss getting to some of our regular readers. And it takes 5-6 days instead of 3.

We’ve had to make a lot of adjustments since the magazine started in late 1985. There are people in the magazine who have been around for almost that long too. They are also the reason we’ve been able to be around this for so long.

Thanks to all of you and to our readers for that. Even the many who haven’t noticed we changed our name years ago and still call us The Light Connection. You are all very appreciated.

We used to deliver to all the Boney’s and Henry’s in the county—almost 20 stores—and then when Sprouts bought them out they eliminated all free publications.

That was a tough adjustment. Since then Jimbo’s and others have followed that same path of elimination.

Why? Hard to find out.

Often managers think of us as messy. Usually when there isn’t much space for us. It’s kind of like free speech. It makes things messy. Confuses things. One market told us they were modernizing.

We called Corporate Sprouts in AZ dozens of times and were unable talk to anyone about it.

“Corporate has decided to remove all free publications,” I was told.

Can I talk to someone about what we could do for you in exchange for leaving magazines? May we . . .

“No one is available right now and Corporate has decided to remove all free publications.”

Dead end. I’ve called them all, numerous times. I’ve never received a return call from any of the markets we’ve attempted to deliver to. And if they have publications available to people, we’ve tried to deliver there.

The alternative that isn’t really an option is to pay about $35/month for every store (such as VONS) where publications are displayed in their racks. We did years ago when it cost $15 a store and cried uncle after receiving a new contract that committed us to over $50,000 for the coming year. BUT-we adjusted again and found new locations with better traffic for us.

We learned long ago that it’s easy for stores to ignore us, but they pay attention to their customers. So we’ve always asked people to ask store managers to stock us.

I have my agenda, of course, but I think that’s a mistake because at the same time we know that Frazier Farms in Vista has a rack right by the exit door and we deliver 200-300 copies there. Sometimes more, since I shop there. So there is still an appetite there for our magazines—and not as much as local news is harder to include.

Why get into this?

There are two more reasons other than just letting you know why we are adjusting and what to expect.

One is I get accused of having a strategy of wanting to eliminate the print edition and go online only. Not true. The people that call and complain about that tell me they are on the computer all day already. At night they want to hold what they are reading. I understand. I’ve been in that business.

I’ve listened and never once suggested that maybe what they are really unhappy about is spending all day working on the computer. It doesn’t talk a lot of time to read a monthly publication online.

I like print or I wouldn’t have held to it for so long—or started in it.

The First Amendment rights don’t mean people have to accept the publication, read or listen to anyone.

And being heard past your voice level is never really free speech. It costs money and takes effort.

That’s the another reason to mention this. Not every business has room for us, but when they do and don’t allow free publications I don’t think they realize that they are saying “no” to new perspectives, tools and to small local practitioners and businesses. They are saying no to a network of local people more than saying no to a way of connecting people. A lot of upset people have called me about that. It’s not my choice.

Isn’t what we discovering—worldwide—is that being inclusive, when it’s not intrusive, works better than being exclusive? It’s certainly more human and humane.

Personally I love being able search for things on the internet and read publications from literally all over the world. Much easier than going to a newsstand. I have a newsstand at home. Several types.

I’ve always enjoyed picking up magazines because I discover new things and ideas I don’t expect. Surprises like these can be life changing. Without ways to be surprised and discover we can lose something we didn’t even know we missed.

One of the very valuable things I do for myself every day is Jin Shin Jyutsu. I’ve had ideas come to me in the middle of the night that wake me up, but never, out of the blue, to do a find on Jin Shin Jyutsu. If you do that we should talk.

People might search for “ways to improve my health” and see if it comes up and might never find it among the ten thousand pages of resources that appear.

That’s what we miss—we might not know it even exits. We can search for things we can’t name in advance.

I took a journalism class at Orange Coast College only because I needed one more class in a specific category of classes. I avoided that English category because English was always my worst subject, if you don’t count math and science. I took a class and afterwards received $50 and a certificate that said “most outstanding beginning journalism student” on it.

In other words, I got hooked. I found a passion. At times in my life I’ve even avoided it because it’s pulls me in so completely—and it’s been harder and harder to continue to hold a print publication together.

Especially now with the additional COVID-19 adjustment added—finding new and keeping present advertisers and delivery locations—and producing the publications has taken me away from what attracted me in the first place. I want the time to discover new things—tools, techniques and perspectives—and digging deeper into topics that fascinate me—and then, having the time I need to write about that.

We’ve printed 413 issues in the last 34+ years. That’s an acknowledgment of the community that has supported  and embraced what I view as more humane, healthy and sustainable ways of living. Thank you all for your support and appetite for this. AND thank you Tim Britain for working this with me for so many of those years.

When at its best, for me, this has been about sharing what is useful—and it’s improved the quality of my life, health and environment. The last year has challenged that—all of us—making changes helps restore that again.

That’s part of what’s next online. More articles by more people more often and more explorations from me—all towards being useful in our lives. Print? When it works.

One area that has always interested me is how we can take the things, the tools that have helped us in our personal lives and relationships and have our society and government reflect those values of equality, self-care and empowerment. I think now we’re discovering where that’s missing in our world—our country and communities.

Why is that important?

The opposite of discovery and growth is getting locked in and stagnating. Shrinking. Sometimes that means living with the presumption that there is nothing more to know. When that turns into nothing can be changed we’ve lost something. Life is sterile, not appetizing.

As a nations we joined together in the first place—moving from 13 separate regions to one confederation and then a county to maintain our independence, freedom and protect ourselves from outside forces that might attack us. Those challenges and outside forces have changed form and evolved. Are we changing too?

Our Founding Fathers are taking some heat these days, but they set up a system knowing they were describing a way of living and governing that had never existed before.  They said, hoped and trusted we would grow as people towards that vision. They made our system flexible so we could evolve to and live that American dream that has drawn people to it-—to hope-—from all over the world.

Put another way, if they had tried to outlaw slavery then, the frame work we have now for eliminating it and moving beyond it would have died then too.

Let’s remember this is an evolution—not the end—a time to redefine ourselves and our country again—to  adjust and evolve. The Founding Fathers outlined the dream and vision. How can our systems express the humanity they envisioned? This is another topic that will be online.

For me that may be finding more ways to write outside of TLC, possibly on Patreon. I’m open to suggestions. E-mail me and share your ideas.  Keep up by reading online and signing up for the newsletter. It’s free, weekly and will announce what’s new.

Thank Youfor enabling me to do this for so many years. Continue with us online until . . . who knows—until what happens next leads to new adjustments, more expansion and bigger dreams.

Be well and enjoy 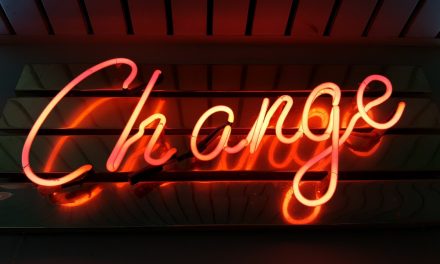 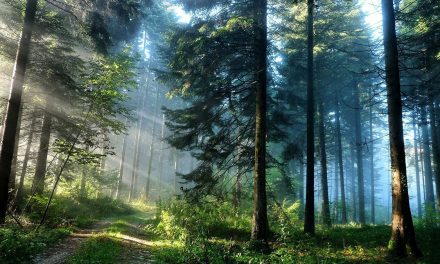